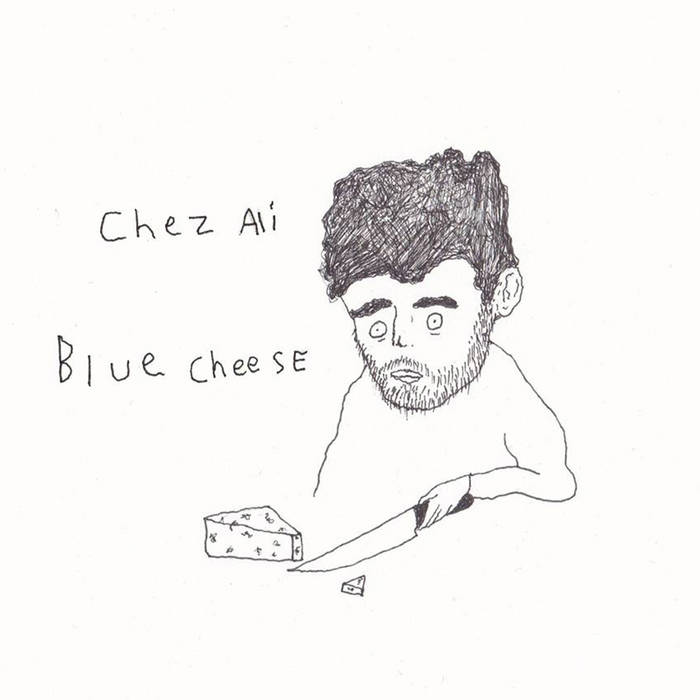 Chez Ali is the brainchild of Stockholm musician and Steve Buscemi’s Dreamy Eyes member Elias Mahfoud. Elias initially started working on Chez Ali when living in London 2014-15 making sounds that channelled the British capital's soulful indie sound, as mastered by King Krule, Cosmo Pyke and more, in his very own way. After working with the project on-and-off since and performing it live for the first time just last year Elias is finally ready to share Chez Ali in 2018 starting off with debut single Blue Cheese, released Feb 13 via Rama Lama Records.

”Blue Cheese deals with the insecurities and paranoia that can arise when you suspect a relationship is nearing its end whilst also knowing there’s nothing you can do about it", says Elias about the well-produced and atmospheric debut track. The personal lyrics is performed by Elias enchanting vocals tightly tucked in a musical landscape that creates a feeling of the world moving in slow motion. Balancing between the heartbreak of the lyrics and the tender instrumentation it's an excellent introduction to Chez Ali which during his early live performances have shown off a wide spectrum of soulful indie pop gems.

Blue Cheese will be released on all platforms on Feb 13th via Rama Lama Records and a debut EP is currently in the works.

My mind proceeds with the thought
That there's some other guy who isn't I tear my eye, broken down on his timeline
My stomach runs on fumes,
nothing there but rotten perfume,
it isn't me to lose my cool like this

With a smile, you turn the knife
Spill my guts on the floor
But wait, hold that thought
I don't wanna hear about this anymore

Brown eyes, drown the white stains
With ease like the flick of a brush
Lost our touch, but how long
Must I wait till we're done
Was it foolish to believe,
hearts and miss ya" meant a thing
If it isn't me, then why'd do me like this

You smile, and turn the knife
Spill my guts on the floor
But wait, hold that thought
I don't wanna hear about this anymore

Bandcamp Daily  your guide to the world of Bandcamp

Khruangbin and Greg Foat stop by with their amazing new LPs.